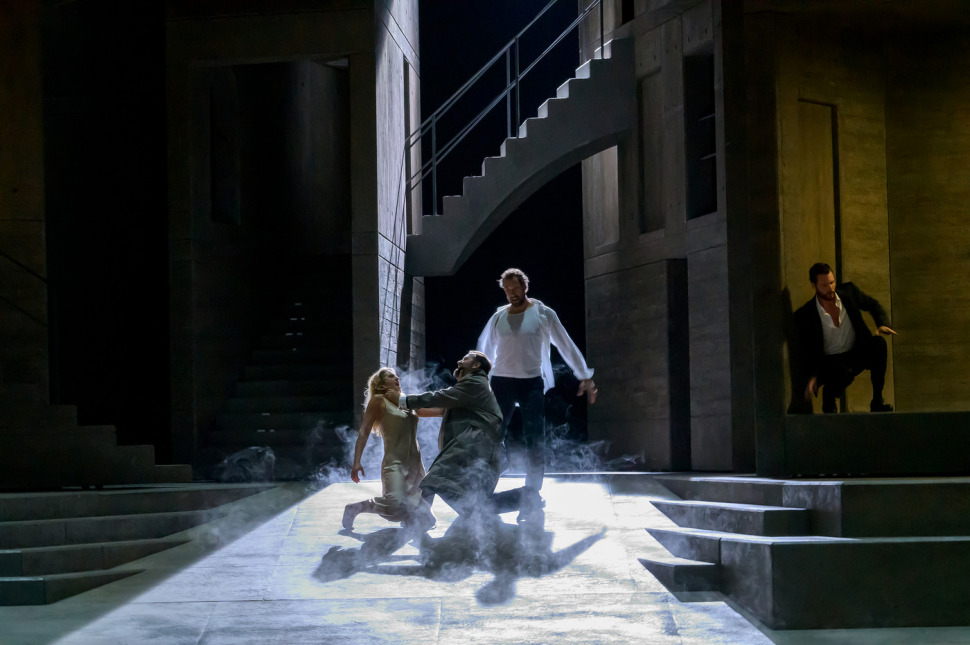 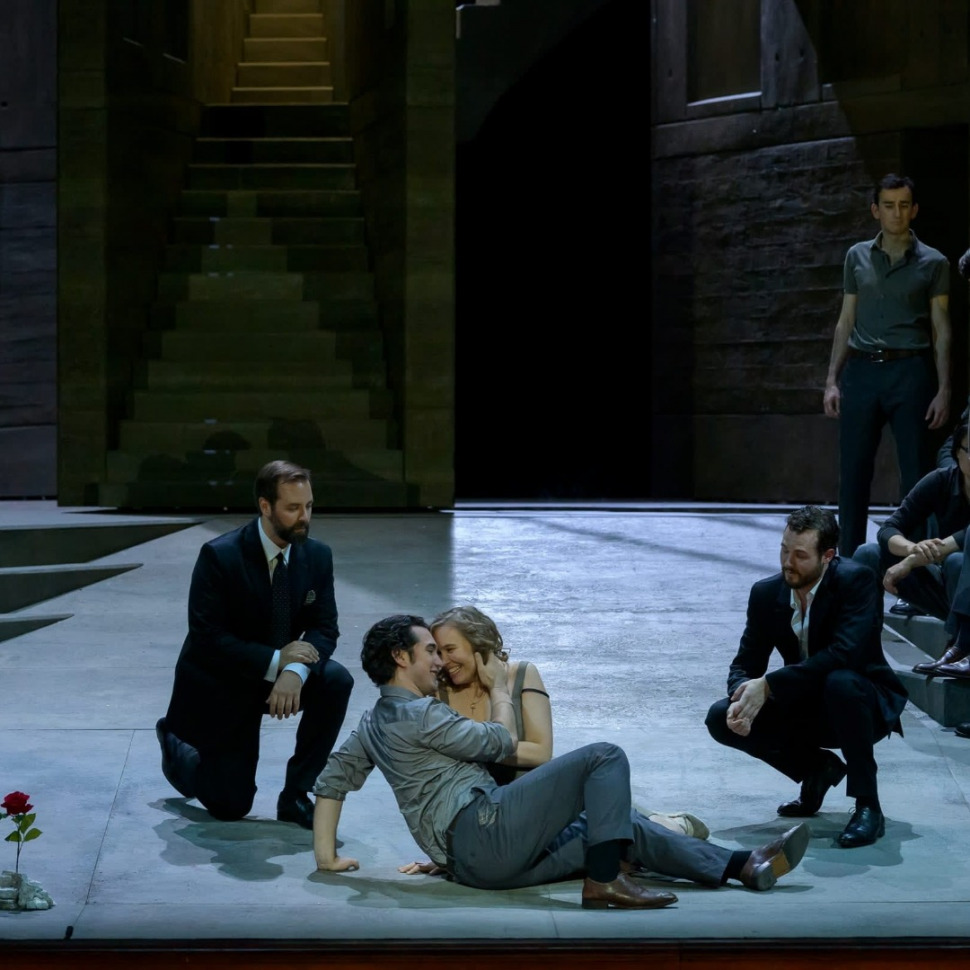 “For the last production of the season celebrating the 350th anniversary of Opéra national de Paris, Mozart’s Don Giovanni was entrusted to Belgian theatre director Ivo van Hove. Famous for his minimalist stagings and radical innovations at the Toneelgroep, a repertory theatre in Amsterdam, his vision of Mozart’s dramma giocoso delves into questions of power and its abuses. Set in a grey, dehumanized environment of hybrid modernist architecture (Giorgio de Chirico and Carlos Scarpa are referenced), characters dressed like Robert Longo’s ‘Men in the city’ seem to be ruling the streets. Van Hove unmistakably focuses on the abuse endured by the women: Donna Anna, Donna Elvira and Zerlina. Don Giovanni and his double, Leporello, are white-collar criminals with guns tucked under their Armani jackets. There are clear parallels to the #metoo movement but at the same time, van Hove subtly expresses the timelessness of this great work. Elsa Dreisig is a jovial and fresh-voiced Zerlina, charmingly defiant of her macho fiancé Masetto, the excellent Mikhail Timoshenko...”