The Paris Opera: A Rhapsodic Story

“The sophisticated style of The Paris Opera, whilst weaving stories of mundane occupations with the artistic highlights of this world, turns the documentary itself into an opera. The story, which follows the classic formula of the backstage picture by taking place in a theatrical setting where the dramatic moments develop behind the scenes, reveals a distinctive personality. Although it may display the canons of the so loved structure, Jean-Stéphane Bron brings to it an original composition. The strength of the film lies in its complete unison with the musical score, which has more to do with tone and atmosphere than soundtrack. The music is an obvious character in the film as much as the performances, but how this film becomes operatic is in the use of the score as a whole that gives a rhythm to the unfolding of events. There are distinctive acts that bring the story to the fore and the arias that punctuate the narration with beautiful solos from the protagonists. One of them is the new promising star, the young baritone Mikhail Timoshenko, whose audition and arrival at the Opera unfold with tenderness and fill us with hope and indulge us with moments of awkwardness when at first, with limited French, he tries to connect and with attempted conversations shows an eager talent trying to find his way...” 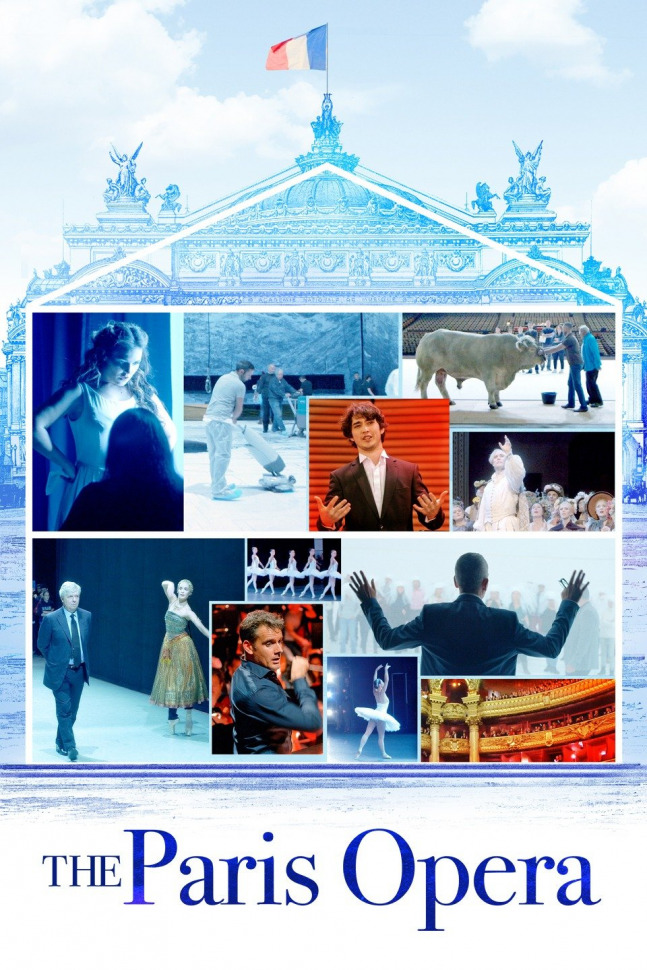 The Paris Opera’: Sneak peek backstage at the hallowed institution could use more drama

“The crew readies a 2,000-pound bull for the premiere of “Moses und Aron” in a scene from a new documentary that offers a look backstage at the celebrated musical institution. The poster for "The Paris Opera" declares that "the drama starts before the curtain rises." Unfortunately, that's not entirely true. The French documentary follows the hallowed institution through its 2015-2016 season, the first under director Stéphane Lissner. Filmmaker Jean-Stéphane Bron takes a ­cinéma-vérité approach, hanging back and letting the audience observe the happenings, without commentary. Although the action of the film is chronological, Bron hops around from place to place — boardroom, dressing room, practice room — and from subject to subject, so quickly that, without guidance, it's nearly impossible to place anything in context. The fragments never quite coalesce into a full picture. There are some exceptions: We meet Mikhail Timoshenko, a Russian bass-baritone, at his first audition for the company...”