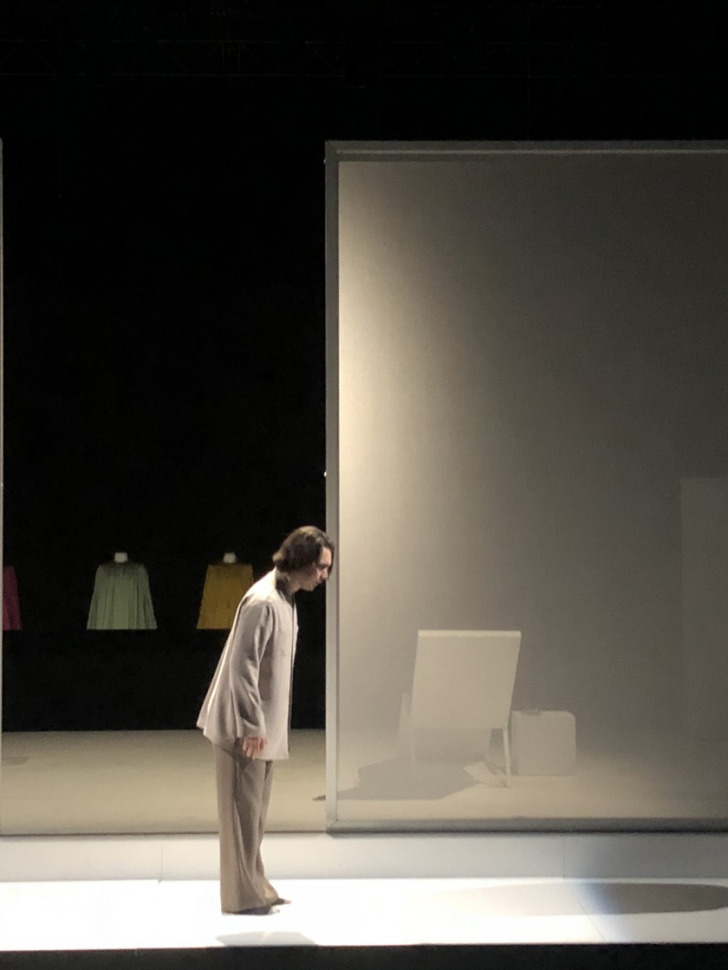 “After having effectively introduced the French song “À la claire fontaine” in the Chinese setting of The Painted Veil, it shouldn’t be surprising that renowned film composer Alexandre Desplat has rendered a Japanese short story into a French chamber opera. Entitled En Silence, it’s a masterful evocation of very subtle hues of different kinds of silences between the three main characters. Desplat’s canvas are the spaces between them, their intersecting points, and their increasingly diverging paths. No stranger to portraying tension between characters and their inner dramas in music, Desplat has explored these themes in over 150 films, such as Lust, Caution (set in Japan), or Benjamin Button. His music also explored Wes Anderson’s quirky Japan in The Isle of Dogs. In fact, instead of attending the Academy Awards as a nominee of Best Film Composer for The Isle of Dogs, Desplat chose to be present in Luxembourg where his latest Chamber Opera, En Silence, was premiered to an appreciative audience at the Grand Theatre du Luxembourg on 26 and 27 February, 2019...”