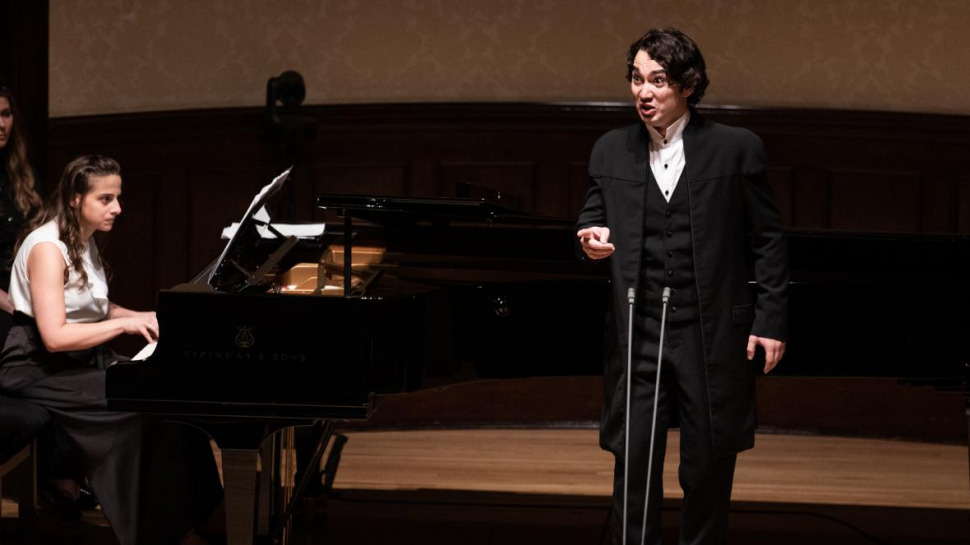 The question that faces every jury in the final of a competition is this: are we awarding on the basis of this performance or on the basis of potential? In giving first prize to the 25-year-old Russian bass-baritone Mikhail Timoshenko the 11 judges on the panel of the Wigmore Hall/Independent Opera International Song Competition ticked both boxes. Timoshenko is a singer with impeccable legato technique, tremendous stylistic versatility, superb command of German, French, English and American English texts (Aaron Copland’s The Boatmen’s Dance) and, one assumes, Russian (Tchaikovsky’s Podvig). Here was a programme that ranged from the burnished Edwardiana of Holst’s Ushas and Vaughan Williams’s Let Beauty Awake, with shades of Gerald Finley in the phrasing, to the bitterness of Mahler’s... 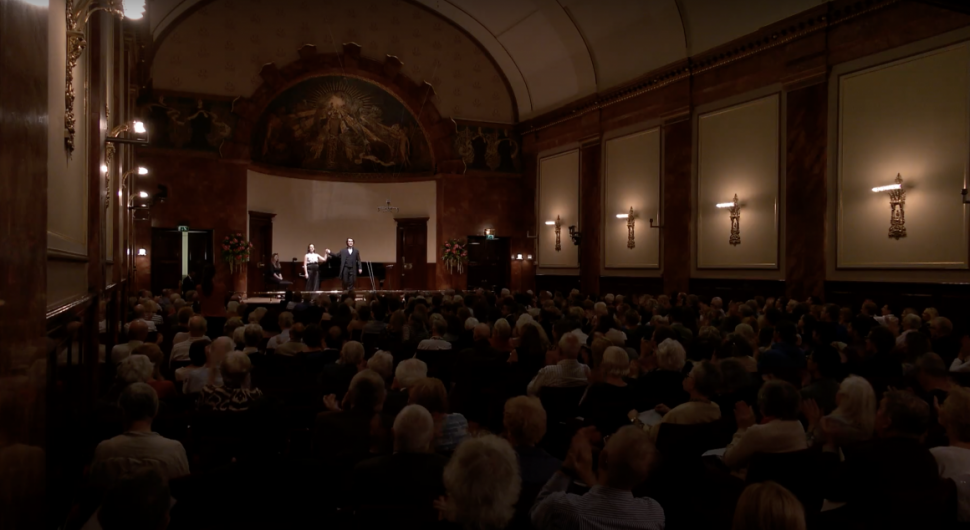 Footage by: all rights reserved to their respective owners

After four days of rounds in front of a distinguished panel of jurors and Wigmore Hall audiences, 25-year-old Russian bass-baritone Mikhail Timoshenko tonight [Wednesday 11 September] won the £10,000 First Prize at Wigmore Hall’s International Song Competition, sponsored for the first time by Independent Opera.The Final and Semi-Final rounds were live streamed to international audiences and can still be viewed at https://wigmore-hall.org.uk/watch-listen/live-stream.

On Sunday, December 10, 2017, the 40th International Grand Prix Competition Maria Callas-Opera, organized by the Athenaeum International Art Center in collaboration with the National Opera at the SNFCC, ended with a big concert. The competition was held in 3 Cycles from 3 to 10 December 2017, and 47 young artists and artists, including 13 Greeks, from the USA, England, France, Belgium, Poland, Serbia, Russia, Ukraine, participated in it. Armenia, Mongolia, China, South Korea. Qualifying in 3 the and final round performers sang before the International Jury at an open night-Day Opera, accompanied by the Orchestra of the National Opera with conductor the Kingdom Nick, winning the applause of the music loving public which in many cases strongly showed his preferences. In the evening and at 40, the International Grand Prix Maria Callas - Opera , greeted with short posts the: Lydia Koniordou, Minister of Culture and Sports, who also awarded the Grand Prix to the winner Sonia Saric, soprano from Serbia, George Koumentakis Artistic Director of the National Opera continued the stage, announcing that the National Lyceum of the Grand Prix Competitions Maria Callas-Opera, Anna Koukouraki President of the International Art Center Athenaeum who warmly thanked ELS, the SNFCC, the Jury and the public, and referred to the establishment and establishment of the competition by the "absent" Loulis Psychouli - first President of Athenaeum, and George Mouloudakis Secretary General of the Athenaeum International Art Center who referred to the offer of the Greek Maria Callas at the Opera. The International Review Committee, after the first part of the competition, met on the spot and announced the awards, noting the high level of competition and the many different entries from all over. people, events that have established the International Grand Prix Maria Callas - Opera, as a big and renowned competition, the winners of which sing in the great lyric theaters of the world. In this way, the exhalation of the " 2017 Year of Maria Callas " is sealed with a high-level artistic event, which embraces and supports with demands the young lyric artists - the future of the great art of the human voice.

Footage by: all rights reserved to their respective owners

Siemens has chosen the first winner of the Siemens Opera Contest France at the Palais Garnier in Paris. Mikhail Timoshenko, a 24-year-old baritone, impressed the expert jury consisting of Jean-Yves Kaced, Development Director of the Paris Opera, Matthias Schulz, Director of the Staatsoper Berlin, Dr. Clemens Trautmann, CEO of Deutsche Grammophon and Prof. Stephan Frucht, Artistic Director of the Siemens Arts Program. Siemens Opera Contest France: A young baritone wins the first Siemens Opera Contest France In the final, Timoshenko beat off competition from 11 other contestants. Dr. Gerhard Cromme, Chairman of the Supervisory Board of Siemens AG, officially presented the award at yesterday's gala at the Paris Opera. Klaus Helmrich, member of the Managing Board of Siemens AG will also be in attendance along with Christophe de Maistre, CEO of Siemens France.